The Genetics of Empathy

Empathy is an extremely important human characteristic. We label those who lack empathy as “psychopaths” and understand that these people are far more likely to commit acts of hate and violence. As parents, we always want the best for our children and make every attempt to teach empathy to our children as early as possible. But still, many kids are not entirely empathetic. They lack the skills.

This means that they have a greater chance of being “bad” due to genetics, right? 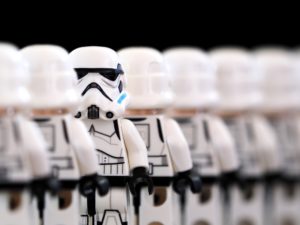 Recent studies and developments show that empathy is not a genetic predisposition. Rather, empathy is something that can be learned and reinforced. And it’s much easier than you may think. Simple acts of kindness demonstrate empathy and, as the saying goes, monkey see monkey do.

There’s a basic experiment that has been reproduced in many shapes and forms that prove exactly this. Our review focuses on an experiment featuring hot sauce.

A volunteer sits alone in a room. His sole task is to eat a bowl of chili. If he eats the entire bowl, he gets paid for the day.

This is explained to our 5 test subjects. One by one they enter another private room with a 1-way mirror. They can see the volunteer on the other side. They are instructed to add as much or as little hot sauce to the chili as they wish. Their options are Mild, Medium, and Liquid Death.

The first experiment is simple. There are no variations to the initial description of the activity.

When given the chance to help or harm a complete stranger, all 5 subjects chose a modest amount of Mild hot sauce.

This is where things get interesting. Prior to entering the private room, the test subjects have a run in - literally - with the volunteer. Talking on his phone, he runs into the test subject as they pass each other in the hall. Rather than apologizing, the volunteer is rude and tells the subject that they should watch where they are going.

The volunteer sits down, and the test subject recognizes the obnoxious man immediately. Without hesitation, 100% of the test subjects empty the entire bottle of Liquid Death into the chili. They know they aren’t going to be caught, and this is their chance to exact their own brand of justice.

This variation is surprising and has a happy ending. The same scenario from the second experiment is played out. However, before the volunteer is revealed, an assistant offers water, tells the test subject that they look very happy and have a nice smile, and pulls their chair out as they sit down. They are shown a full display of empathy.

When the process is explained and the volunteer is revealed, the results are promising. 1 test subject chooses a mild dose of Medium sauce, while the other 4 choose a mild dose of Mild sauce. Although they recognize the obnoxious individual and seem to want to seek revenge, the recent acts of kindness and empathy quickly dismiss the notion.

This means that empathy can be learned. Not only that, it’s contagious.

Telling your kids to be kind can only go so far. They need consistent examples of empathy in order to truly be empathetic themselves. In turn, everyone around them will learn the same valuable lessons.

The next time you are confronted with a hostile situation choose empathy. Throw the other angered individual off of their own aggressive path and teach him how to be empathetic, he’s very willing to learn. Teaching these principles to your children at a young age makes them much more able to act with and to spread the joy of empathy.

By the way, you look really nice today 🙂

View all posts by: Ryan Judd